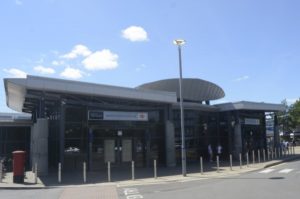 Ashford is a town in Kent that lies on the River Great Stour on the southern edge of the North Downs. It's name derives from the Old English word Aescet which suggests a ford near to a group of ash trees. It's history dates back to 1500 BC, with evidence of human habitation during the Iron Age. The barrow can be found at Barrow Hill.

Ashford is still a market town and has been ever since the Middle Ages. It regularly still hosts markets every Tues, Friday and Saturday.  It also has a huge Shopping Outlet Centre (Ashford Outlet) a short walk from the station.

Ashford also has an International Station and is part of the High Speed 1 route linking it with Paris and London.

Why not explore Ashford? The Ashford Green Corridor leaflet identifies 7 walks and cycling routes that you may wish to explore, taking you through the wonderful countryside and along the River Stour to see an abundance of wildlife on route.

You will also find a few beautiful walks recommended on the AllTrails website you may be interested in exploring. 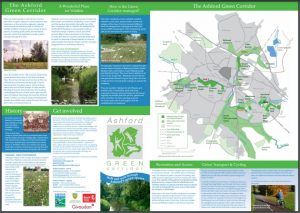 There are several different cycle routes around Ashford ranging in distance. Why not take a look at the following routes?

Ashford to Tunbridge Wells- This is a 42 mile ride through an Area Of Outstanding Natural Beauty around the High Weald.

Route 18 Canterbury to Tunbridge Wells Via Ashford - This is a 61 mile cycle ride. 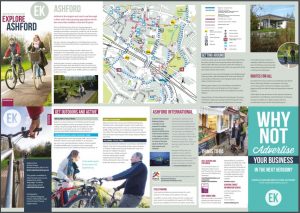 For more information about things to do around Ashford, why not take a look at the Explore Kent website.