The South Eastern Railway opened a line from Redhill in 1842 and a station named Maidstone Road was built in a rural location to serve Maidstone, 8 miles (13 km) to the north. The village of Paddock Wood developed quickly around the station, which took the name Paddock Wood in 1844 when the branch line to Maidstone West was opened. The station is situated in the town centre.
The area has a long history in the hop and fruit growing industries.Hop pickers used to come on their annual summer ‘holiday’ to this area and spent the summer in the surrounding fields. Today, Paddock Wood continues to be a hub for the country’s hop growing industry and vegetable and fruit distribution.It supplies large national supermarkets, small real ale and cider makers as well as Europe.
Paddock Wood Railway station appears in the novel Dombey and Son by Charles Dickens where, in chapter 55, the character of Mr.Carker accidentally falls under a train at the station and is killed.
More information about Paddock Wood can be found by visting the Visit Tunbridge Wells website and searching for Paddock Wood. www.visittunbridgewells.com 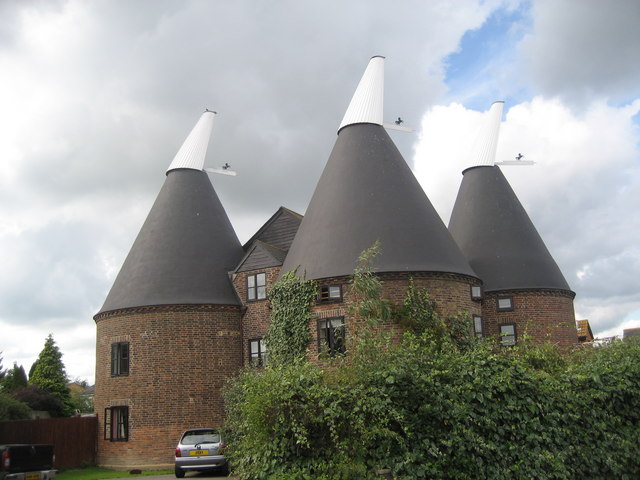 The Oasts and Orchards Walk is a 5.3 circular walk starting at Paddock Wood Station. The route will take you through the town into orchards, farmland and woodland.You will also pass by picturesque oasts were the hops were dried before being sent to the brewery. Click on the  link or image to download the map.
Oasts and Orchards 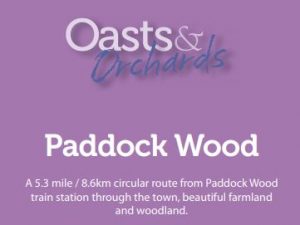 For more information about things to do around Paddock Wood, why not take a look at the Explore Kent website.