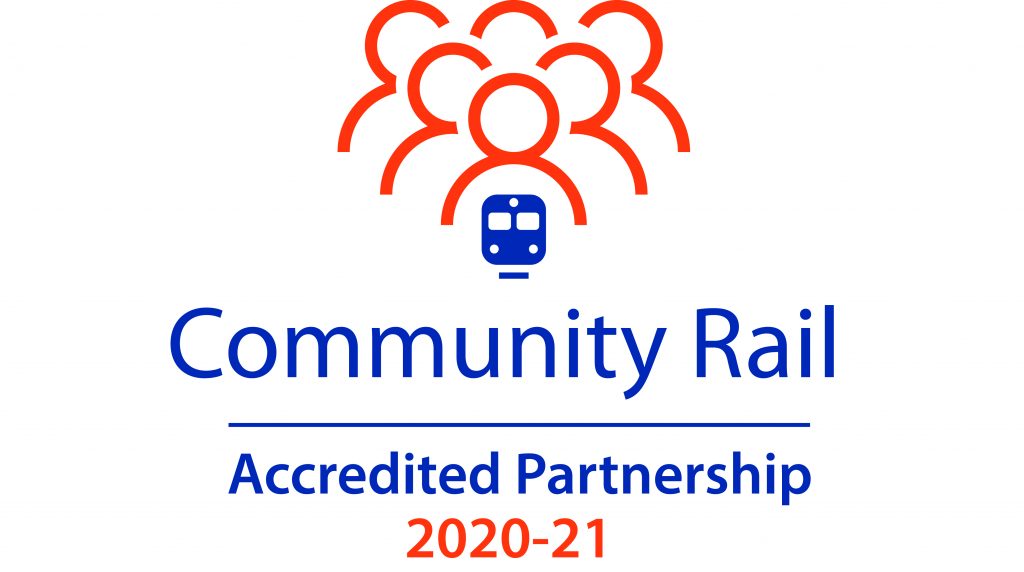 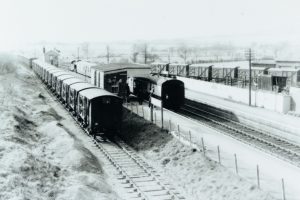 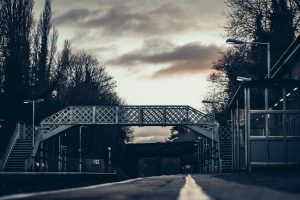 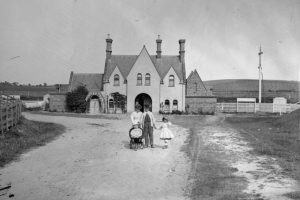 I hope everybody was able to enjoy the Christmas and New Year Holiday season as best as possible given the situation with COVID19. After feeling that London and the South East had seemed to avoid the worse problems, the whole of the Southeastern Railway area found themselves in the new Tier 3, soon to become Tier 4 in the run-up to Christmas. Parts of our Community Rail area (Medway and Swale) found themselves at the top of the national charts for infections and deaths. The encouragement to travel by rail was reversed and only essential journeys were supported. Although schools and colleges returned in the Autumn, their activities were severely constrained and our work with them very limited. There was a reminder of better times when our activities with
Sheppey College won first prize in their category at the National Community Rail Network awards.

Where do we go from here? There is continued support for Community Rail in the Southeastern area and nationally. It is still expected to help drive the return to rail when the COVID19 restrictions are relaxed. In the meantime our staff are doing what they can to maximise activities and plan for the return to normal. What the affect will be on rail is unclear. The industry was already going through a period of change, and the decimation of passenger numbers has led to some reduction in services again as both Southeastern staff and passengers are affected. My feeling is that the vaccine roll-out will take a bit longer than a lot of people hope. Planning for our new line (Ashford to Otford) will continue so we are ready for a formal launch later this year and there is a lot of activity already underway and we are about to enter our planning period for activities from April onwards.

We are delighted to announce that we were successful in all three categories we were shortlisted in at the Community Rail Awards 2020.

We achieved first place for our A Chance to Shine Project with Sheppey College.

Jools Townsend, chief executive of Community Rail Network, said: “Our congratulations go to Kent Community Rail Partnership for their inspiring project, which highlights the great benefits of community rail engaging with young people. By being involved with rail, young people develop skills and confidence, and access opportunities that may otherwise be out of reach, through sustainable and healthy means – and we gain from their ideas and input.

“We will be holding up this brilliant example from Kent nationally, to inspire more communities and young people to engage with and take advantage of their railways.”

We were runners up in the Community Rail In Action Photo Competition, which was taken out the opening ceremony at Snodland Station to celebrate the fantastic work by Five Acre Wood. 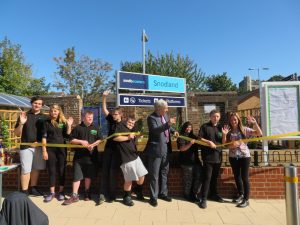 We also achieved third place in the Most Enhanced Station category for our Chance to Grow Project with Five Acre Wood School Snodland and Grow19. This project aimed at transforming the front of Snodland station and providing art work for the ticket office.

We are also extremely grateful for the support we received from Southeastern Railway to enable these projects to take place and from our volunteers and line members, who have generously given their time and enthusiasm to make these projects a success.

We are delighted to welcome Gary Outram aboard. At the beginning of November Gary joined Kent Community Rail Partnership as the new Project Support Officer.

” It’s over six years since volunteering for Sustrans first brought me into contact with the wonderful Kent Community Rail Partnership team, kindling a growing interest in their work which has now led to me coming on board.

I would like to thank you all for a fantastically warm welcome. I’m excited to be working with my new colleagues and all of the line members. I am looking forward to getting to know you all better as soon as we can get back out and about on our lines”.

Preparation for the launch of our new film club meant a short break for our virtual book club. We’re now ready to welcome new members to both.

Our next read will be “The Railway Detective” by Edward Marston and our first view “The Rainhill Story: Stephenson’s Rocket”.

If you would like to join either group we launch in January and will share in weekly catch-up emails before finishing up with a lively on-line chat via Zoom during the following month. Contact gary.outram@sustrans.org.uk to join in the fun.

Kent County Council (KCC) are working on an updated Kent Rail Strategy to replace the Rail Action Plan for Kent published in 2011. The Rail Strategy was presented to the Kent Rail Forum in October and the consultation completed in November. The strategy does not have any statutory status, but is compiled to give the Rail industry an idea of the future rail services in Kent that are likely to be required in the next decade. Although it covers the whole of Kent, there are specific issues raised for the support of Community Rail in the county and suggested changes to the rail services provided on them.

In general the Kent Rail Strategy was supported by the Kent Community Rail Partnership. Additional services between Sheerness and London by extending the Gillingham service (1  per hour) are suggested. The High Speed service from Maidstone West to St Pancras should be all day (1 per hour off peak, 2 per hour in the peak). Station improvements at Maidstone East and West are supported (with some work underway at Maidstone East). The platforms would need to be extended at Maidstone West to support the hourly Highspeed service (12 cars).

There was a difference of opinion on the suggestion that Gatwick/Redhill services be extended from Tonbridge to Ashford and a new bay platform at Canterbury West. A service to Ashford had been suggested by KCC previously, but although the extension to Canterbury West would serve more passengers, the opportunity to use the Medway Valley Line and a new
link to the Victoria line near Cuxton would serve both Maidstone and the Medway Towns direct (a much larger catchment area). The long promised Thameslink service from Maidstone East to Cambridge via the Thameslink from Blackfriars to St Pancras over the Kent Downs CRP still shows no sign of arriving soon. It has been suggested that it only run to Blackfriars instead for now – discussions with the DfT continue.

The strategy also comments on ticketing, station facilities (including Bus Interchange, cycle parking), the ‘last mile’ from the station to home/destination, freight and international services.

There are other suggestions for increasing capacity and speeding up services on other lines and improving the connectivity to the Community Rail lines (i.e. Strood connection to Rochester/Chatham/Gillingham).

These are suggestions after detailed discussion with the train
operators, Network Rail and the Department for Transport to ensure they are practical and deliverable. They may require additional investment in rolling stock and/or infrastructure improvements. The long-term impact of COVID19, the structure and future funding of the railway will be an issue. The rail industry and government do take notice of the considered
and justified input from the principal local authority for the area, but there is no commitment to delivery any of these suggestions yet.

On Thursday 17th December we said goodbye to 2020 with our online Christmas Quiz. Thank you to Matthew ‘Santa’ Fraser for writing the seasonal questions and acting as our Question Master.

Our biggest quiz yet with twelve teams and thirty five participants from around the UK and the North Pole.

Sharing fancy dress, Christmas jumpers, jokes and decorations all helped add to the seasonal feeling of the evening. A great celebration to round off the year. Our winners kindly donated their prize to a local food bank.

During November we ran a logo competition to design our new logo for the Kent Downs Line. We were delighted to receive over 40 excellent entries and we are pleased to announce that the winner of our competition was Rob Saunders.

Kate Rogers and Oscar Collins were the runner ups. Rob’s inspiration has led to the creation of our new logo. Here is the new Kent Downs Logo and Rob’s winning entry.

We have a new railway line

In July 2020 Kent CRP heard that their bid for an additional new line was successful – Southeastern awarded us the Kent Downs Line which includes 12 stations from Ashford to Otford this is in addition to our existing 14 stations along the Medway Valley Line and the 5 stations along the Swale Rail Line.

Time Line for setting up the Kent Down Line (KDL) Partnership:

For more details or to express an interest in joining the KDL Partnership please contact Therese.Hammond@sustrans.org.uk

Mural and Bridge Repairs at Snodland

You may have noticed if you have travelled through Snodland recently the new mural that has appeared at the station. Thank you so much to Eddie at Network Rail for orchestrating this wonderful addition.

During October and November the Snodland foot bridge has also been repainted to help brighten up the station.

Parts of the garden area will be replanted in March to replace the damaged plants from the work.

Over the last few months as we have been unable to work at stations, we have spent some of the time researching the history of some of our stations and sourcing old photographs. This has led to the creation of a new page on our website all about the history of the Swale Rail Line. We would like to thank all our contributors who have given us permission to use their photographs. A special thank you to Linda Brinklow on researching the Sheppey Light Railway.

If you know of anyone who has any old photographs of any of our stations then please do get in contact so we can share these memories. 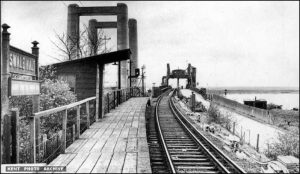 Visit https://kentcrp.org/history-sr and take a look.

We were sad to learn of the death, on 13th December, of long time Community Rail supporter and transport enthusiast John Grubb.

John became involved with the Kent Community Rail Partnership in its’ early days, becoming an ardent member of the Steering Group as well as the individual Swale Rail and Medway Valley Line Group committees.

He always endeavoured to attend all meetings and events until recent mobility problems intervened and was always keen to assist at special events. A kind and thoughtful man he was always the first to express appreciation of the work of paid officers.

John’s interests encompassed all areas of bus and train operation, past and present – particularly within Kent and Medway. He was a loyal member of the M&D and East Kent Bus Club, (with over 50 years membership), the Friends of Chatham Traction, and the North Kent Rail Users group. – as well as being a stalwart of the Medway Council Transport policy meetings for many years.

I knew John for well over 45 years and was grateful for his friendship and support during my years with the Kent Community Rail Partnership. Despite my own advancing years he inevitably addressed me as “Young Man”. A real Old School character his enthusiasm and input will be missed by many.